Bellefonte Area Model UN students among best in the world 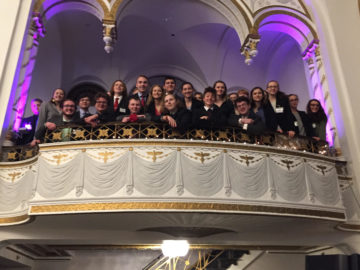 Bellefonte Area High School’s Model UN team recently returned from a competition in Boston that left them shining after competing against more than 1,300 students from around the world including those from schools in China, Mexico and Uzbekistan. Teacher Ed Fitzgerald said the group of more than 30 students was eligible to participate in the event after a team application was accepted. Students then held a series of fundraising events to help support the trip. The Boston Invitational Model United Nations Conference, or BosMUN, is a three-day simulation of the United Nations for high school students hosted by Boston University, which was held Feb. 9-11.

Students also included in their trip a tour of Harvard University.